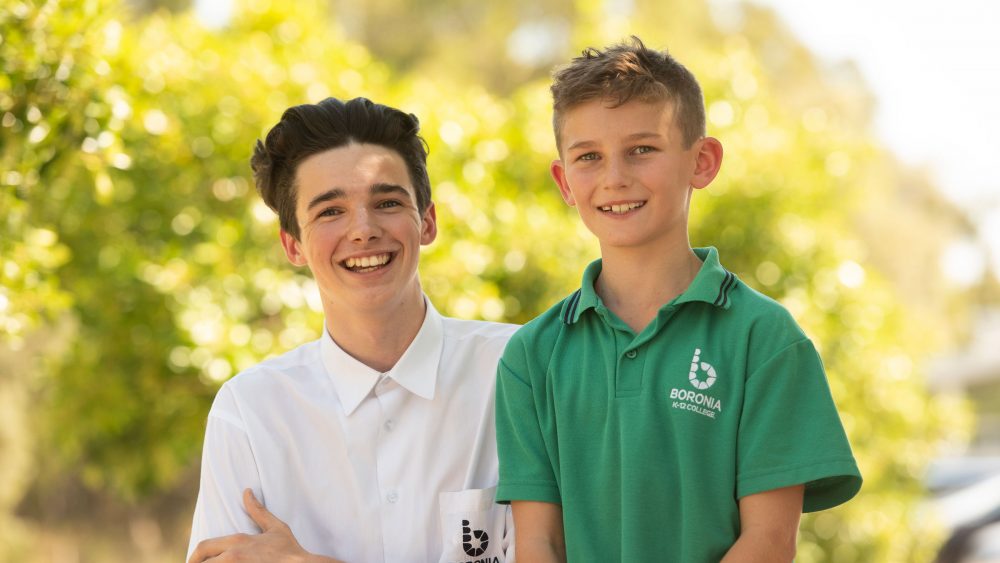 Our College was established in 2012 following the merger of Boronia Primary School, Boronia Heights College and the Allandale Kindergarten. Brand new state of the art facilities have now been completed across the College.

Allandale Kindergarten was initiated in the mid 1960’s as an outreach program by the Boronia Church of Christ, who saw an urgent need for a facility to cater for the needs of young families moving into the area.

From its beginnings, the kindergarten was envisaged as a community service to provide an accessible and affordable service for the church and general community.

Allandale Kindergarten maintained a unique status within Knox as the only independently run kindergarten.  At the start of term four in 2012, Allandale Kindergarten moved into the new purpose-built Early Learning Centre housed in the grounds of Boronia Primary School.  The new state of the art building was part of the Federal Building the Economic Revolution program and was valued at over $2,000,000. The building is spacious and modern. The ELC team has made the environment even more inspiring with many colourful displays.

Boronia PS was established in 1923.  There was no school in the centre of Boronia and children travelled to The Basin or Bayswater.  Forty-one children started at the school.  The grade ranged from year one to seven.  Ironically, ninety years later the school is once again to have a secondary component. The Chandler family, amongst others, was involved in the establishment of the school.

The school’s first home was on the corner of Erica Ave and Dorset Rd in Boronia.  In 1948 twelve acres of land was purchased running from Rangeview Rd. to Albert Ave, the present site of Boronia K-12 College.  The Rangeview Campus has long had a history with the Mount View campus.  For example; when the Boronia East Technical School was built the two school’s shared fundraising activities.  The school community was devastated in 2002 when a fire destroyed several of the buildings and seven vehicles. Boronia Primary School has undergone several transformations with a major upgrade completed in 2005.

Boronia Heights College was established as a co-educational state secondary college in the NE corner of the City of Knox to provide a much-needed educational facility for the growing population in The Basin and Boronia areas. Established as Boronia Technical College in 1973, the school has been through several transformations since then. In the early 1990s the school was renamed Boronia Heights Secondary College (no longer a technical school, introduction of uniforms and surnames for teachers, more academic curriculum offered). In 2000 Boronia Heights College was established (new vision and values, new logo and uniform, focus on outcomes both academic and vocational). Originally part of the Knox Network of schools we joined the Dandenong Ranges Network in 2007. Boronia Heights College was closed at the end of 2014 and the site was demolished in 2015.